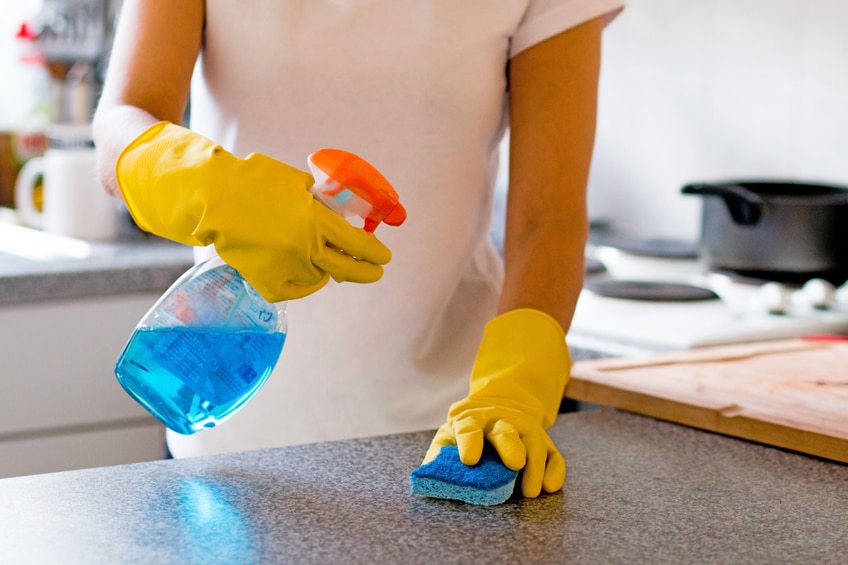 Researchers have discovered the most germ-infested object in your house. And it’s probably not what you think.

It’s not door handles… It’s not floors… It’s not even the toilet seat. In fact, this item holds 200,000 times more germs on average than a toilet seat.

Researchers at the University of Arizona tested dozens of household objects and surfaces in 22 homes. They swabbed the items and then measured the disease-causing bacteria.

It turns out that the germiest object by far in most homes is the kitchen sponge.1

Dr. Chuck Gerba is a professor of microbiology at the University of Arizona. He is part of the team that did the household bacteria research. Dr. Gerba explains that toilet seats are surprisingly germ-free because they usually get cleaned regularly.

“It’s one of the cleanest things you’ll run across in terms of micro-organisms,” he says. “It’s our gold standard. There are not many things cleaner than a toilet seat when it comes to germs.”

Smooth, cold surfaces such as toilet seats provide a poor environment for bacterial growth, Dr. Gerba said. But sponges and cloths are often warm and moist—perfect conditions for germs.3

John Oxford is a professor of virology at the University of London and chair of the Hygiene Council, an international body that compares hygiene standards across the world. He said, “Always the dirtiest thing by far is the kitchen sponge.”4

Kitchen sponges are frequently used to wipe up residue from raw meat and other foods that contain bacteria. Researchers found two types of bacteria on kitchen sponges that can be life-threatening. These were E. coli and staphylococcus.

Sponges also tested positive for salmonella and shigella. They are not usually fatal, but can cause severe sickness.

The USDA tested ways to rid your kitchen sponges of germs.

First, the researchers saturated the sponges in germs. Then they cleaned them in one of four different ways:

The winner? The microwave and dishwasher methods were equally effective. Both killed 99.999% of bacteria. And both methods killed over 99% of yeasts and molds as well.5

The bleach and lemon solutions killed only 37-87% of bacteria. Up to two-thirds of yeasts and molds survived those cleaning processes.

So do yourself—and your family—a favor… Moisten your kitchen sponge and throw it into the microwave regularly. Or each time you run your dishwasher, throw in the kitchen sponge as well.