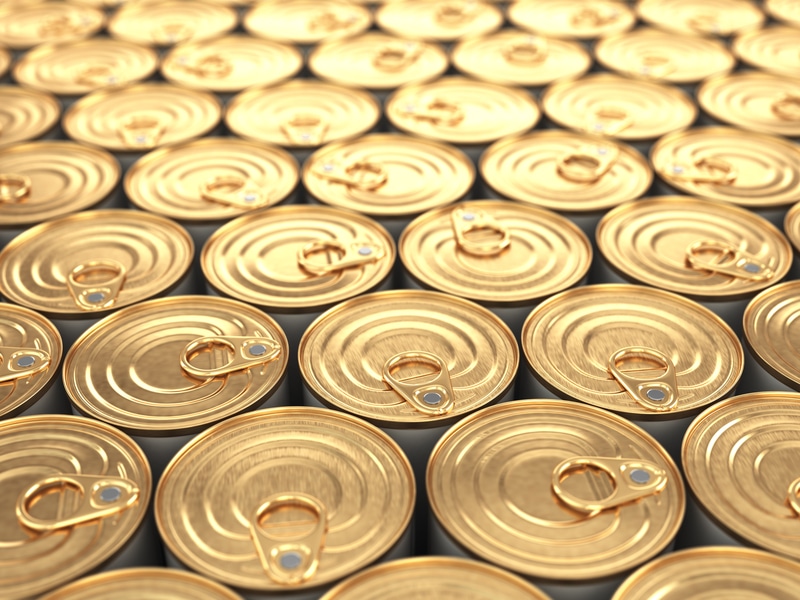 A new study reveals which canned foods are highest in the harmful chemical Bisphenol A. It’s commonly known as BPA.

BPA is a hormone disrupter. It binds to hormones, reprogramming the cells they target. This leads to an array of health problems.1

BPA is linked to:

It is already banned from baby bottles and children’s sippy cups. But BPA is still used in the lining of cans to prevent metal corrosion and help preserve the food.2

BPA is also found in plastics, dental fillings, water pipes, and even sales receipts. While it is almost impossible to totally avoid it, there are ways to lessen BPA’s impact on your health. Staying away from BPA-laced canned foods is one of the best ways.

Researchers at Stanford University School of Medicine studied data on over 7,500 Americans ages 6 and older. The data included what each person had eaten in the past 24 hours and the concentration of BPA in their urine.

But some canned foods are far worse than others. Stay away from soups. They raise BPA levels much higher than other canned foods.

Eating canned soup raises BPA levels by 229%, the study found. Canned pastas were next worst at 70%, followed by canned fruits and vegetables at 41%.

Why are soups so bad? Researchers say it’s because they require more heat for proper sterilization. This leaches more BPA from the can lining. Other canned foods, such as fruits and vegetables, are acidic and don’t require as much heat sterilization.

The study was published in the journal Environmental Research.

BPA cans are so common, it’s hard to avoid them entirely. If you eat in a restaurant, you may not know if you’re getting food from a BPA-laden can.

If you do eat canned food products, get the BPA out of your system as quickly as possible. Research shows that BPA can linger for days, stored in your fat and tissues, wreaking havoc on your health.4 But there are simple ways to force it out.

4 Ways to Rid Your Body of BPA

Another option? Some food makers use BPA-free cans. We listed them for you recently.

Researcher Jennifer Hartle is the lead author of the Stanford study. She says the best way to avoid health problems from BPA is to follow one simple rule: “Choose fresh, unpackaged foods whenever possible.”

We couldn’t agree more. Keep yourself and your family safe. Stay away from BPA by eating fresh, organic food.