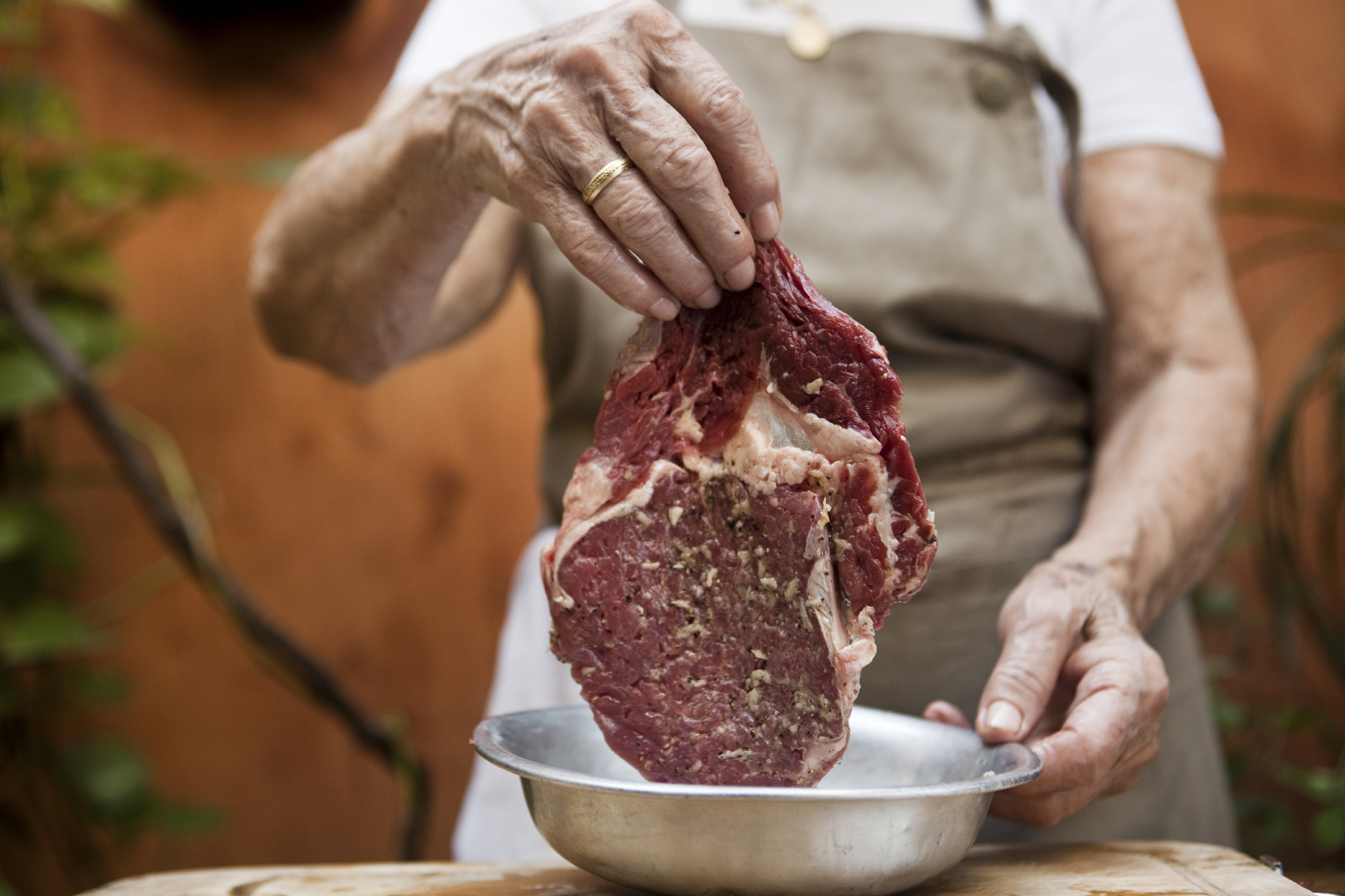 Red meat may be the most controversial food you can eat. And not just because of factory farming. Yet another new study now links eating it to increased cancer risk. But unlike past research, investigators in this study identified what they believe could be a specific cause.

A team of researchers at the University of California San Diego wanted to understand the relationship between red meat consumption and cancer risk. Their first step was to look at the most common red meats. This included beef, pork, and lamb. And they found a common trait.

These meats are rich in N-glycolylneuraminic acid (Neu5Gc). It’s a natural sugar in animal tissue. In fact, it’s one of the main sources of sugar in the human diet. Previous research revealed human tissue can absorb Neu5Gc. This led the team to believe eating red meat causes an inflammatory response in humans… The kind that raises your risk for cancer over time.

To test their theory, they engineered mice to be deficient in this sugar. They found feeding these mice Neu5Gc led to major inflammation. And this spike in systemic inflammation was associated with a fivefold increase in spontaneous liver tumor formation.1

This study was different from most animal studies involving cancer. They didn’t induce cancer or try to study an established carcinogen. This is why they believe Neu5Gc is strongly associated with cancer risk from eating red meat. But it’s not because red meat is “bad” for you…

Like most sugars, your body recognizes Neu5Gc as a foreign invader. A threat. This causes a natural inflammatory response from your white blood cells. This isn’t the problem. The problem is your body could change into a constant state of making antibodies against the Neu5GC. That’s where systemic or chronic inflammation comes in.

Chronic inflammation is the link to cancer. Recent findings from Johns Hopkins link it to a twofold risk of prostate cancer in men.2 So the first solution you might think of is to cut out red meat entirely. But that’s not the best answer.

Dr. Varki says his team’s findings are a catch-22. That’s because red meat is a complete protein. It’s also rich in the vitamin K you need for heart and bone health. So here’s a better solution…

Make the switch to grass-fed beef. It’s free of the antibiotics and hormones used in conventional grain-fed beef.3 Plus it has more calcium, magnesium, and omega-3 fatty acids. The omega-3’s help fight inflammation.4 So even though there’ll still be an inflammatory response to the Neu5Gc, it won’t be as severe.

The next step is to eliminate processed meats… Things like hot dogs, bacon, sandwich meat, and sausage. Eating these foods increases pancreatic cancer risk by up to 67%.5 Their sodium nitrite content leads to inflammation. But they also cause carcinogenic nitrosamines to form in your body.

It’s also important to remove the “other” inflammation from the red meat you eat. And it’s about more than just switching to grass-fed.

The way you cook it makes a big difference. Baking red meat at 300 degrees prevents carcinogenic compounds from forming. Antioxidant-rich marinades can help reduce carcinogen content of meat by up to 99%.6 Eating an avocado with your steak may prevent any inflammation for up to four hours after you finish your meal.7

Don’t skip red meat… But don’t eat it at every meal either. Your best bet is to make the switch to grass-fed meats. Then replace it sometimes with wild-caught salmon is a good way to keep inflammation low and add vitamin D—without losing quality protein. But there are other ways to help prevent—even beat—cancer.

During our research, we came across several success stories from one natural treatment.

For example, Carol R., a retired schoolteacher. Carol’s breast cancer diagnosis came in 2009. Mainstream treatments scared her. So she went to a specialized health facility in Wichita, Kansas for an alternative therapy.

For details on Carol’s treatment and others who’ve tried it, go HERE.