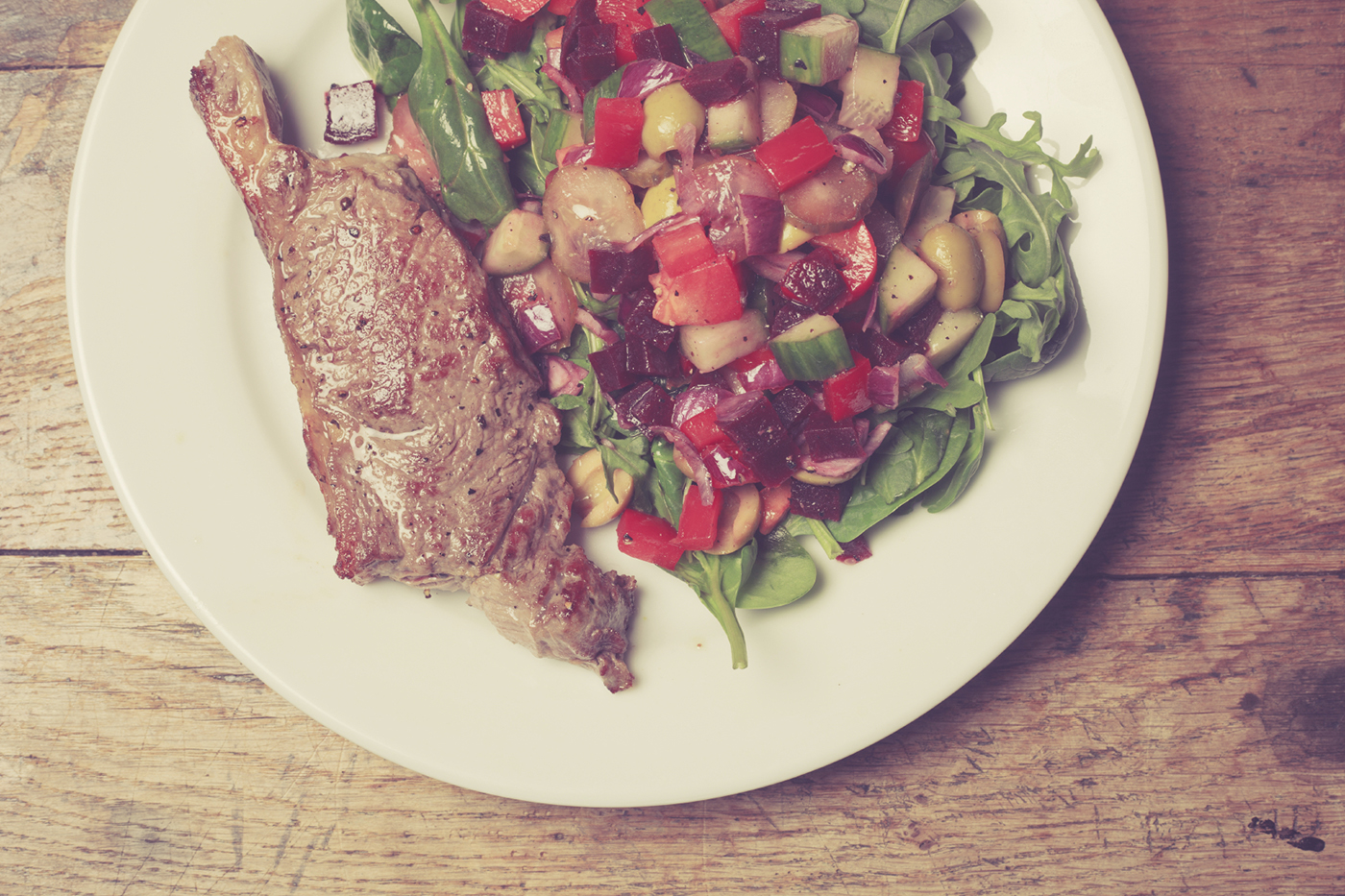 As a Health Watch reader, you know we recommend a Paleo type diet. It’s one of the most effective—and simple—ways to naturally take control of your health.

So why is mainstream always trying to discourage you from following this smart eating plan?

First it was US News’ ridiculous diet rankings… They ranked Paleo dead last on their list. We already showed you why they got it wrong.1 Now Paleo is back in the crosshairs.

A new study made some questionable claims… But there’s one in particular we really take issue with. They say that eating a Paleo style diet doesn’t suppress hunger.

We beg to differ.

First, let’s look at the study itself. Researchers in the U.S. and the UK looked at the effect of diet on hormone release and hunger. They wanted to see which kind of diet produced the most short-chain fatty acids (SCFAs). That’s because SCFAs trigger hormones that help suppress hunger. They compared the effects of eating potato-based diets to eating grass.2 But not in the way you’d expect.

We didn’t see that one coming… But it makes sense. Geladas are grass-grazing primates with digestive systems similar to ours. The team discovered that both the baboons and humans eating high-starch potato diets had higher amounts of SCFAs than the grass groups. The conclusion was that the foods we eat can help control our appetite by producing more SCFAs…but not through SCFAs alone.

SCFAs aren’t the only way to control appetite. Yet some outlets took this study as meaning the paleo diet somehow doesn’t help curb appetite. But here’s why they’re wrong…

The Paleo diet is not a plant-based diet. Yes, there’s an emphasis on eating organic leafy green vegetables and colorful, low-sugar fruits… But quality proteins—like grass-fed beef and wild-caught salmon—are a major component of a true Paleo style diet. Using just potatoes or grass to represent the entire Paleo diet isn’t realistic—or fair. And it also ignores one of the most important aspects of this diet style…

Other than eliminating grains and processed foods, the main focus of eating Paleo is nutrient density. You should eat a variety of foods that give you potent nutrition in every serving. This doesn’t just give your body the fuel it needs to perform and heal… Research shows that it also helps make you feel fuller after eating.

One study of 768 people found that a nutrient dense diet helped prevent hunger—even when meals were skipped. In fact, about 80% of the subjects said they were less hungry. Over 50% of all subjects saw dramatic changes in hunger… And the nutrient-dense diet in this study wasn’t even ideal. It didn’t include healthy oils or quality animal proteins. Who knows how much more impressive their results could have been if those foods were included.3 But most important…

Researchers found that hunger was only a factor for people switching over from the most inflammatory—and unhealthy—diets. This is extra important when trying to lose weight: After an initial transition, weight loss may be significant—and permanent.4

If you’re trying to eat a Paleo style diet and are finding yourself hungry between meals, there are a few easy fixes to this problem.

The first one is to add more nutrient dense foods at each meal. Wild-caught salmon and grass-fed beef can help satisfy your hunger.5 And they both go well with just about any greens you enjoy.

Another way is to add healthy fats—like coconut and avocado oils—to your foods. Drizzling them onto an organic salad may help you feel fuller after eating it. And as an added bonus, a recent study found that adding olive oil to your salad might help lower blood pressure.6

Don’t let the mainstream discourage you from eating a Paleo style diet. It may be one of the most important things you can do to help lower inflammation and fight chronic pain.