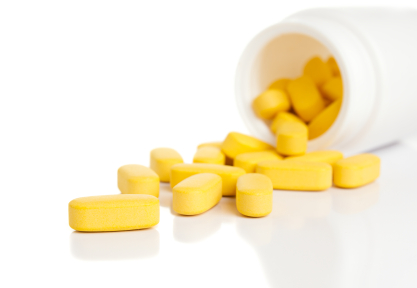 You already know that Big Pharma doesn’t actually care about your health. Their main goal is to make money. Period.

But their latest stunt is low. Even for them.

This publication is funded by Big Pharma! You can’t even look at their content without running into a popup ad for a prescription drug of some kind. The only ads that even appear on their site are from giant pharmaceutical companies.1 But let’s just put that aside for a moment. Let’s look at the cold, hard facts…

Plain and simple, the authors are lying to you. They are trying to convince you that there’s no reason to ever waste your money on a multivitamin supplement. Just wait until you get sick or diseased and then let Big Pharma handle it.

Even their own research shows that they got this one wrong.

The first study they used was a review of nearly 30 different trials. These studies followed more than 400,000 participants. The editorial says that the authors found no clear evidence of any benefit to taking a supplement. Apparently they did nothing to prevent cancer, heart disease, or death. Yet a thorough review of these studies shows that taking a multivitamin daily for at least 10 years reduced men’s risk of developing cancer by almost 10 percent.2

So the actual studies show that multis reduced cancer risk by double digits, but The Annals of Internal Medicine somehow reported that it didn’t? That’s no small benefit. We’re talking about avoiding cancer here. Every last percentage point counts! The editorial also leaves out that the supplements in the study were the primary form of prevention. That means that diet, physical activity, and other risk factors were not even part of the discussion.

We don’t need a team of scientists to tell us that relying on a multivitamin alone to prevent disease is a bad idea.

Next up? The second study they looked at led them to the conclusion that daily multivitamins do nothing for your brain.

The study spanned over 10 years and nearly 6,000 male doctors over the age of 65. But dig deeper—not even much deeper, just a little bit—and it’s obvious that the study was pretty much useless. The researchers admit that the doses of vitamins they used may have been too low to do anything for brain health.3 They didn’t even tell us what supplements they actually used. For all we know there may not have been a single ingredient in any of them shown to improve cognitive health.

The last study the editorial brought up followed over 1,500 subjects. Each of them had already experienced some kind of heart event. And what do you know? Researchers found that multivitamins did not significantly prevent a second heart event. We can’t say we’re surprised.

The research actually showed an 11 percent lower risk for a second heart event in people taking multivitamins. But nearly 50 percent of both the multivitamin and placebo groups did not complete the study. And get this… Even more were inconsistent with taking their supplements.4 You can’t possibly draw any scientific conclusions if participants aren’t participating!

Another thing that they aren’t talking about is the kind of multivitamins participants took. And if we had to guess, we’d say it was a cheap brand from the drugstore. Something like Centrum. Something that even we agree is useless. Like foods, some multis are much better for you than others.

Chances are that if you buy vitamins at a big retailer or drugstores, it’s synthetic. And most of these multivitamins are insultingly under-dosed to begin with.5

You want your multivitamin to come from whole foods. This means your multivitamin should at least have powdered fruits and vegetables listed somewhere in the ingredients. The better brands will emphasize this and even tell you where they came from.

If you don’t see real foods anywhere on the label, you don’t want them. Make sure you buy them from a health food store or reputable online provider.

Keep in mind what a multivitamin actually is.

A multivitamin is a supplement. Something you should add. You can’t rely on them entirely to protect your health. That’s ridiculous. Furthermore, if you want a supplement to prevent or treat a specific condition, a multivitamin isn’t going to do much. Want to support prostate health? You’ll want to take a quality saw palmetto supplement. Is your heart a concern? Then you’ll need to take krill oil. And in the right dosages.

A multivitamin is a great way to support a good diet. If you are eating enough green vegetables, healthful fats, and quality proteins, then it can be a great way to add an extra boost of nutrition to your day. But if you are eating a standard American diet, don’t expect a multivitamin to save you from poor health. This diet relies mainly on processed foods, GMOs, and factory farmed meats. It’s a recipe for disaster.

It’s pretty obvious that the main goal of the editorial is to make you rely on Big Pharma to control your health. Of course they will do everything in their power to discredit supplements! If you don’t get sick, they don’t make money. They don’t want you taking anything but their prescription drugs.

Don’t let Big Pharma pull the wool over your eyes.

Multivitamins are not something you want to miss out on. But it’s important to make sure that you invest in a quality supplement based on quality nutrition from whole foods.