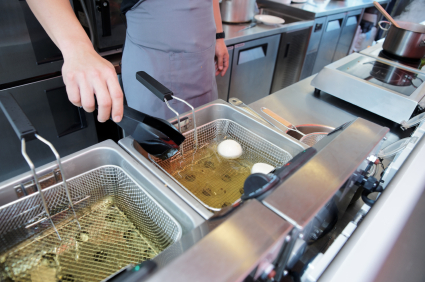 They finally did it. Well, kind of…

After what seems like an eternity, the FDA says they’re ready to ban a toxic substance hiding in your food—trans fatty acids (TFA’s). This food additive makes food taste better and last longer without spoiling. It’s also lowers the cost of production.

You’d think they would have banned it years ago. TFA’s are deadly. They’re responsible for over 100,000 premature heart failures in the United States alone.1 They’re linked to diabetes, cancer, and cognitive decline in seniors.2

Even if you try your best to eat clean and rely on fresh foods, this additive can sneak its way into your pantry. It’s even a popular ingredient in five-star restaurants.

Because it makes food manufacturing so cheap, TFA’s have long been a win-win for the food industry. The additive has provided them with major profits.

But if you can believe the FDA’s latest press release on TFA’s, it looks like food manufacturers are about to lose.

But are they really? We don’t think a “ban” is about to happen anytime soon. Here’s why trans fats will probably still be poisoning our food supply for several years to come…

The FDA has known for decades—over 20 years to be exact—how dangerous TFA’s are. In the 1980s, TFA’s were thought to be safer than saturated fats such as beef tallow and coconut oil.

But studies in 1993 proved the opposite. Trans fats were dangerous. However, this wasn’t enough to make the FDA move. In fact, they kept silent for six years.

It was only in 1999 when they proposed that TFA’s required labeling on food products. And what happened then?

Not much. The first TFA labels didn’t appear on food products until 2006, a full seven years after that proposal.3

So when they say they’re “banning” something, it’s safe to say it won’t happen any time soon.

Heck, even McDonald’s moved quicker than they did. Not to mention the state of New York. It only took New York two years to ban TFA’s in restaurants. In 2008, they declared TFA’s were a public health risk. That same year, McDonalds removed TFA’s from their fries.

When a fast food chain moves more quickly to improve their food than a public health agency, something doesn’t add up. That’s why, even though we’re excited to see the FDA finally stepping up, we know it’s going to take a while.

According to the FDA, they are rolling out this new ban in a way that won’t “disrupt” any markets.4 There’s no clear timetable in place.

The FDA has not “banned” anything yet. In fact, the FDA only says that TFA’s are no longer “generally recognized as safe” (GRAS). This designation doesn’t guarantee a ban.

This leaves the window open for the food industry to prove with shady studies and research that TFA’s are somehow “safe” for human consumption. It may be unlikely, but never say “never.” Lobbyists have more than enough time to influence the FDA—just like they’ve done in the past.5

In the meantime, TFA’s are still everywhere.

The American Heart Association (AMA) says you can eat them, but recommends no more than two grams per day.6 Not only is that not good enough for us, it’s shocking. If you eat 2,000 calories a day, just adding a measly 20 additional calories from TFA’s raises your risk of heart disease by over 20 percent.7

To avoid them, don’t eat processed foods. It’s that simple. Remember, under the FDA’s current “protective” labeling laws, a product can claim to have zero TFA’s even if it contains up to .5 gram per serving.

When you have a substance that is as unnatural and dangerous as trans fats are, there’s no reason to eat any amount.

It’s about time the FDA changed their stance on TFA’s. We just hope this “ban” doesn’t take another decade.