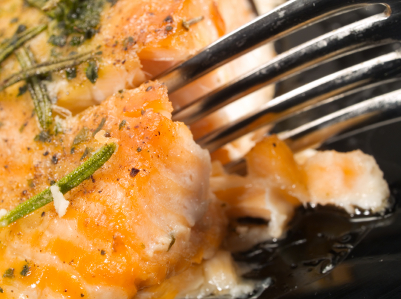 Every day you hear conflicting stories about how to prevent cancer.

The offender? Omega-3. The study says that high levels of omega-3 fatty acids in the blood might lead to prostate tumors.1

That finding made us suspicious. So we did a little digging. And before you throw away your salmon, let’s talk about why you can’t believe the headlines.

For starters, the study has some glaring flaws…

The biggest flaw? The study wasn’t even about fish oil or omega-3 fatty acids. The authors didn’t ask how much fish the men ate or if they even took fish oil supplements. But they went ahead and made the conclusion that fish oil supplements are harmful because the men had levels of omega-3 in their blood.

In real-world terms, that doesn’t mean a whole lot. The fish oil levels were about the same for both groups. Compared to other countries with low prostate cancer rates, those levels are pretty low.

For instance, Japanese men consume more than eight times the amount of omega-3 fatty acids than American men. Yet, their prostate cancer rates are much lower.2

The information in the study is incomplete to say the least. And there’s too much valid research showing omega-3 fatty acids lower your risk for cancer. Even prostate cancer.

In fact, the very same authors published a study in 2010 that found no association between fish oil and prostate cancer.

Another study out of Harvard School of Public Health followed more than 20,000 men without cancer over 22 years. The men who ate fish five or more times a week showed a 48 percent lower risk of prostate cancer death than the men who ate fish less than once a week.3

Once we broke down the new study and looked at the incomplete information, it seemed pretty clear the headlines are nothing more than scare tactics against taking fish oil supplements.

And while we prefer you get your omega-3 fatty acids from food, this new study doesn’t prove that fish oil supplements are harmful.

And speaking of prostate health…if your doctor is pressuring you to get a PSA test—go here first. The PSA test has been labeled “one of the largest failures in modern medicine.” Before you think about going for the test, discover the nine natural secrets that can save your manhood from destruction.