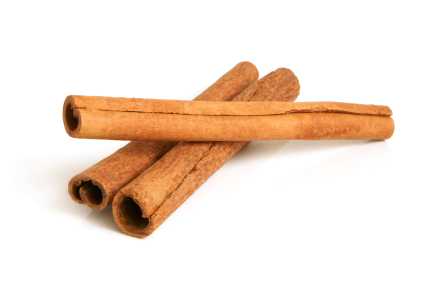 The Greeks and Romans once prized it for its medicinal properties. Now it’s proving to do more than just quell an upset stomach.

We now know that this sweet and savory spice may help protect your brain.

Alzheimer’s develops from a buildup of plaque and tangles (also known as beta-amyloid and tau). These are proteins that accumulate in the brain. Over time, their abundance causes neurons to die. The result?  Communication in the brain shuts down.

And that’s where the spice comes into play. Two compounds in the spice actually prevent the development of tangles.  It keeps your brain healthy and memory intact.

The other compound epicatechin is a powerful antioxidant. It also helps protect your brain from oxidative stress.

So far researchers have only conducted in vitro and mice studies using cinnamon. But you don’t have to wait to add this protective spice to your meals.

Cinnamon continues to show promise as well as other natural solutions we’ve discovered. In the October 2012 issue of INH’s Natural Health Dossier, we revealed the top three natural treatments that can not only prevent Alzheimer’s—but also reverse it. These are simple, natural ways to protect your brain and preserve your memory. But the time to start using them is now. To access this issue and our entire archives, join Natural Health Dossier today. It takes just a few minutes. It’s never too soon to start protecting your brain and memory.