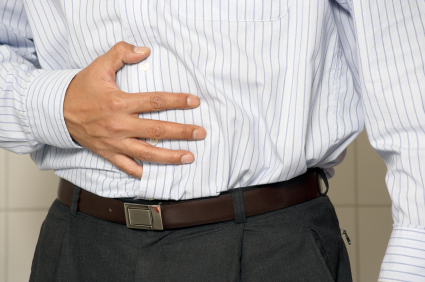 We’ve all had those “gotta go” moments…looking for a bathroom…afraid we may not make it in time.

But for the millions with Crohn’s disease—a chronic inflammatory bowel disease—that kind of thing can happen every day. And that’s not even the worst part. Crohn’s is not just embarrassing, but very painful. Symptoms can include abdominal cramping, fever, fatigue, skin and mouth ulcers, and diarrhea or constipation…among others.1

But there’s good news. And even if you don’t have Crohn’s it could help you too…

Researchers from Virginia Tech may have found natural relief.2 They conducted a study using 13 people with Crohn’s disease.

Participants took 6,000 mg of a specific nutrient daily for 12 weeks. Researchers found that the nutrient suppressed levels of specific T cells that cause inflammation.

And even though this supplement was tested on patients with Crohn’s, you don’t have to suffer from the disease to reap the benefits. Many people suffer from similar irritable bowel symptoms. The cause?  Inflammation. Stop inflammation, stop the symptoms. Whether it’s from Crohn’s or any other bowel disorder.

What nutrient helped the patients… and relieved inflammation?

Doctors often prescribe several medications, including steroids, to treat symptoms. But they come with risky side effects. CLA on the other hand, was well tolerated and caused no side effects.

CLA is a type of fatty acid found in beef and dairy. Due to the rise in low-fat diets, people these days don’t usually get enough CLA.

Scientists have been studying CLA’s effects on immune function and inflammation for years.3 For example…

In another study out of Virginia, researchers tested CLA on mice.4 It helped reduce inflammation and colorectal cancer in the mice.

That’s great news for anyone plagued with irritable bowel symptoms. And not just because they’ll feel relief. Fact is, they’re more likely to develop certain types of bowel cancers.5

The cause of Crohn’s disease is unknown.6 Genetics, hereditary, and environmental factors may all play roles in gut inflammation. Diet and stress can aggravate the disease.

And while there is no “cure” for Crohn’s, remission is possible with the right lifestyle and diet changes. Upping your intake of CLA is a great way to start.

Raw milk and grass-fed, free range beef are rich in this nutrient. Though to hit the 6,000 mg the study used, you should supplement. CLA is easy to find at any local health food store. If you suffer from Crohn’s disease or any of the painful symptoms you could enjoy relief in less than 12 weeks.