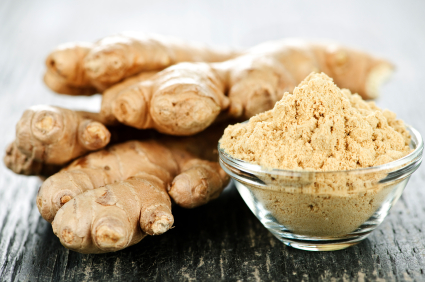 Many people love Chinese food. Others crave Indian, Korean, or Jamaican dishes.  And usually it’s because of one particular spice they all share…

In many parts of the world, it has been known for centuries for a different reason.  And that’s the one we’re interested in today…

You see, this spice has great healing powers.

Traditional doctors in Asia, Africa, India, and South America have known it helps ease stomach problems and much more.

Modern-day scientists are finally catching on. They have tested this plant root in the laboratory.  And once again, traditional doctors were right all along…

A previous study showed that it effectively fights colorectal cancer,1 the second leading cause of cancer death in America.2 The authors noted that this spice “…seem(s) to be promising for cancer prevention; however, further clinical studies are warranted to assess the efficacy and safety…”

And further clinical studies are exactly what we now have…

Because another group of researchers have confirmed it’s a powerful weapon against prostate cancer.  A cancer that you’re all but guaranteed to get if you’re a man who lives long enough.

The researchers from Georgia State University undertook the first study of its kind.  Rather than assessing one compound from this plant root, they tested the whole thing to see how it affects cancer growth.3 And the results were very encouraging.

So what was it?

Scientists implanted human prostate cancer in mice.  The experiment lasted only eight weeks.  But during that time, the whole ginger extract reduced tumors by as much as 56%.  And it was completely safe.

Results indicate you’d need to eat about 3 ½ ounces of the whole root extract every day to see these kinds of benefits.4

The powerful antioxidants in ginger help stop free radicals from damaging genes. They stop cancer before it gets started. And they may even stop cancer cells from growing, researchers say.5

But of course, the wonders of this spice don’t end there…

It also soothes the side effects of cancer treatment.

A study in India involved children and young adults with bone cancer. They were all getting chemotherapy. Could ginger root powder relieve their nausea and vomiting?

Half the children got ginger root powder capsules. Half got a placebo. The control group had significantly more moderate to severe nausea and vomiting, compared to the “ginger group.” The ginger group also had fewer delayed reactions to their treatment.6

Another large study involved women with cancer.  They had surgery, and were taking the cancer treatment drug cisplatin. They started taking ginger capsules when they started the drug, and took it for five days. Ginger eased their nausea.7

In a different study, women took three ginger capsules daily for three days before starting chemotherapy. They took capsules for three days during treatment, too. The ginger really helped their nausea.  Each capsule had 250 mg of ginger.8

There are many ways to add ginger to your diet. You can buy raw ginger at a grocery store and make it into a tea. It’s also available as a supplement. It comes in extract or capsule form… and you can get them online or at a health food store.