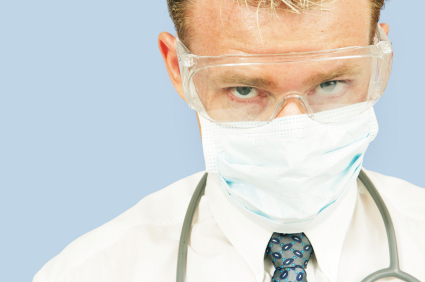 If you’ve thought about quitting smoking, you’ve got more reason than ever.

Cigarettes are even more hazardous than labels would have you believe. And in this instance, what you don’t know CAN hurt you!

Researchers in Spain looked at ten of their top-selling commercial cigarette brands: three Spanish labels and seven out of the UK or US.  They studied Camel, Chesterfield, Ducados, Fortuna, John Player, L&M, Lucky Strike, Marlboro, Nobel, and Winston.1

They observed the similarities and differences between the different products.

They discovered that tobacco contains highly toxic compounds. Maybe that doesn’t seem like earth-shattering news.  But here’s the kicker…

These deadly substances are not regulated by law!

The law only requires that manufacturers list three substances on cigarette packs. Those are the amounts of nicotine, tar, and carbon monoxide. The law also limits how much of these compounds are allowed.  However, cigarettes contain other very harmful substances not covered by any kind of legislation. 2 Just who exactly is regulating these guys?

A group of chemical engineers from University of Alicante carried out the investigation.

First, each pack was machine-smoked. Then, the team analyzed the mainstream smoke.3 Not surprisingly, they discovered all brands contained cancer-causing compounds.  But…

Some brands contained more harmful substances than others. But the researchers did not indicate which brands gave which results.  It’s just one more reason you should stay away from all of them.

Nicotine levels also varied. It actually doubled from one brand to another. In fact, one brand exceeded the limit established by law.  Sort of makes all of those “warning” labels seem pointless, no?

“In fact, although nicotine is responsible for the addiction, it is not the most harmful part of the cigarette,” says lead researcher María Isabel Beltrán. “Of the more than 3,000 compounds in tobacco, there are many which are worse.”1 And now we know that there are many you never even hear about.

The ten tobacco products used in the study may appear similar. But the highly-toxic and carcinogenic compounds vary considerably from one brand to another, explains Beltrán.

Their findings are published in the latest Food and Chemical Toxicology.

If you’ve ever thought about quitting, there’s never been a better time.

But once again, you’d have a hard time finding a solution from your doctor.

You might walk away with a prescription for a smoking cessation drug.  But unless you don’t mind side effects like suicidal thoughts, depression, or violent behavior, I’d suggest you stay away.

But there is a natural solution…

A recent study out of the University of Buffalo studied 1,000 smokers.  They found that people who ate more fruits and vegetables smoked less.4 Not only that, but when they followed-up over a year later, these same fruit and veggie eaters were more than 3 times likely to have not smoked in a month, compared to the people who didn’t eat as much of these foods.

Researchers are still studying why that is.  But previous research points to certain foods that can affect the taste of cigarettes. The belief is that if cigarettes taste bad, you’re more likely to quit. So if you want to smoke, you’ll want to load up on orange juice, celery, and broccoli especially.5 These foods contain Vitamin C, D, and antioxidants. All of which are necessary for smokers.

An additional study published in Complementary Therapies in Medicine revealed another natural, safe solution.  Researchers found that St. John’s Wort aids in smoking cessation.6  You can find it at your local drug or health food store.

Tobacco use claims the life of one in five Americans each year.7 These latest findings give us yet another important reason to kick the habit. If you don’t smoke, share this article with someone who does.

Editor’s Note: This past July, we ran a special issue for paid members of Natural Health Dossier.  It’s called 7 Simple Ways to Eliminate Today’s Deadliest Toxins.  If you plan to quit – or even if you still smoke – it’s a must-read.  In it, you’ll discover how the modern world has put a massive burden on your liver… PLUS how to restore its ability to detoxify.  You’ll also find out how to add years to your life by boosting your body’s “master antioxidant and detoxifier.”  To learn how to access this premium content – and more like it – click HERE now.