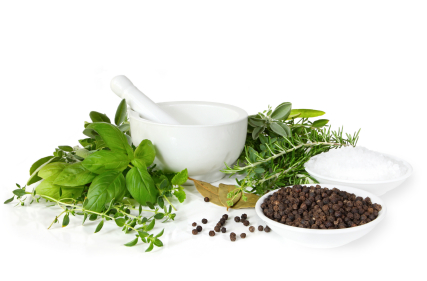 As if you needed a reason to eat that slice of pizza. Or your other favorite Italian dish…

Along with flavor, oregano offers several health benefits. It has antibacterial and anti-inflammatory properties.1 Studies indicate that it even helps fight breast cancer.2

One out of six men are diagnosed with prostate cancer. Most don’t die. But they do undergo treatment and surgeries with harsh side effects. But now…

Professor Supriya Bavadekar PhD from Long Island University in Brooklyn, NY may have found a new type of treatment in the form of oregano.3 “We’re hoping this translates into a drug with lesser adverse effects in patients,” Dr. Bavadekar said.

Dr. Bavadekar and her team studied the effects of the natural herb using different concentrations.  They exposed the prostate cancer cells to oregano in three different time periods – 24 hours, 48 hours and 96 hours.

The results? The oregano killed the cancer cells.

The oregano didn’t just kill some of the cells. In 96 hours the drug produced almost 100 percent inhibition.

“We’re thinking this compound could be used by itself or in combination with other agents,” Dr. Bavadekar said. Best of all?

Oregano proves to be nontoxic. Meaning…no harsh side effects.

“Its effects on cancer cells can really elevate the spice to the level of a super-spice, like turmeric,” Dr. Bavadekar said. “If the study continues to yield positive results, this super-spice may represent a very promising therapy for patients with prostate cancer.”

But what is causing the cells to die?

It’s called carvacrol… This compound is found in an array of plants and herbs including wild bergamot, thyme and pepperwort. But it’s most abundant in oregano.

Studies on carvacrol as a form of cancer treatment are still in the early stages. Dr. Bavadekar said she is optimistic about what they will uncover in future studies.

But that doesn’t mean you can’t start benefiting from the super spice now. Add a little spice to your life. Oregano is safe. It’s natural. And it’s easily available. You can even grow it at home.

Make it a cooking staple.  Start by sprinkling a little oregano on your favorite healthy dishes. A dash here, a dash there. Don’t care for the spice in food? You can still benefit.

You can find oregano oil capsules at your local health food store. Or they can easily be bought online. Oregano oil contains a high concentration of carvacrol.

Oregano won’t just add flavor to your dishes. It could add years to  your life by helping keep prostate cancer at bay.