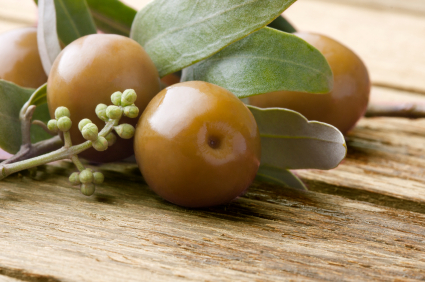 Picture if you will, a garden with two things growing in it: flowers and weeds. If the weeds are kept under control, they really don’t do much damage and the flowers will bloom everywhere. If, however, the garden becomes overgrown with weeds, it’s a whole different story.

Your gut is exactly like that garden, but instead of being populated with flowers and weeds, it’s populated with what’s poetically called “gut flora,” the many organisms which reside in the intestinal tract.

Candida is actually a fungus, but in “normal” circumstances it lives in peace with the rest of the gut flora and isn’t much cause for concern. Unfortunately, this peaceful coexistence is often disrupted by a number of factors, resulting in an overgrowth of Candida which can wreak havoc everywhere in the body, affecting your immune system, hormone balance and even your thought processes.1

Anything that can affect the natural ecology of the gut can cause an overgrowth of Candida, but the usual suspects are antibiotics, birth control pills, and most especially, over-consumption of sugar, the favorite food for these little buggers. Antibiotics, for example, can easily alter the delicate balance between “good” and “bad” bacteria in your gut (and for women, in the vagina) by killing off many of the good bacteria that help keep the yeast fungus (Candida) under control.

Without the good bacteria to keep Candida in check, the little buggers multiply like rabbits, ultimately damaging the intestinal lining and destroying cells.

It’s also important to remember that Candida are living organisms, and they produce their own set of toxins. “Greater numbers of Candida produce greater amounts of toxins, which further irritate and break down the intestinal lining,” explains Liz Lipski, PhD, CCN. “This damage allows macromolecules of partially digested food to pass through (the gut wall).”

The immune system takes one look at those partially digested molecules, realizes they don’t belong, treats them as invaders and sends out a bunch of antibodies. “The net result is increased sensitivity to foods and other food substances, and to the environment,” explains Lipsky.

First and foremost, you need to stop feeding them. Since sugar is their number one source of fuel, the typical effective “anti-yeast” diet looks a lot like Atkins (very low carb). That means you avoid sugar, grains, alcoholic beverages, and yeasted breads. Even fruits (dried or fresh) are eliminated during the Candida “kill-off” phase. (You can eat all the grass-fed beef, free range poultry and eggs, vegetables, yogurt, nuts and seeds you want.)

While starving the yeast cells, you want to make sure to nurture the good bacteria that keep them in check. The best way to do this is with probiotics. Lactobacillus probiotics are particularly good at keeping Candida under control,2 but a good broad-spectrum probiotic supplement containing lactobacilli and bifidobacteria is always a good idea.

Remember, probiotics are living organisms, and like Candida, they need their own source of fuel. Probiotics love to dine on FOS (fructo-oligosaccharides). These molecules are also called “prebiotics” and many good probiotic formulas also contain some of these as well.

Many other substances are helpful in killing off Candida. At the top of the list is garlic (“my personal favorite,” says Lipsky), caprylic and lauric acids (both found in coconut oil), oil of oregano, pau d’arco and grapefruit seed extract.

Another terrific weapon in the anti-Candida arsenal is olive leaf extract. Olive leaf contains the active ingredient, oleuropein, which has strong anti-fungal and anti-bacterial properties. Barlean’s Olive Leaf Complex is a particularly recommended brand that comes in a liquid form that’s easy to take and tasty to boot.

Many practitioners recommend a strict “anti-yeast” diet for at least three weeks, and then suggest reintroducing “banned” foods slowly as your gut gets healthier. When Candida are killed, it may produce an antibody response that can result in a temporary worsening of symptoms (the “die-off” effect).

Because of this, “it’s important to begin therapeutics gently with small doses and gradually increase,” says Lipsky. “If your symptoms are still aggravated, cut back (on the yeast killers) and then gradually increase.”

And for women, for whom vaginal yeast infections are a particular concern, consider internal applications of healthy bacteria in addition to oral supplementation. Ann Knight, DC, a holistic chiropractor in Thousand Oaks, California has had much success with this protocol that uses a full-fat plain yogurt. “A broad spectrum probiotics mixed with yogurt and inserted into the vagina can be very effective,” she says.

In some cases more serious weapons like the antifungal med Nyastatin may be called for, but remember, if you’re still feeding the yeast with sugar (and foods that the body treats as sugar) you’re defeating the purpose.

In fact, fighting candida may be even more critical than experts first thought. Stunning new research now suggests a link between candida and cancer.

In one study, the Journal of Infection found it was present in at least 88% of cancer patients. That’s no coincidence. It might even be more. So it doesn’t matter if you’re a man or a woman. You’re at risk no matter what. That’s why it’s so important you go HERE now for urgent details, including the three triggers that make candida spread, the test that shows if you have it, and the three natural treatments to eradicate it for good.