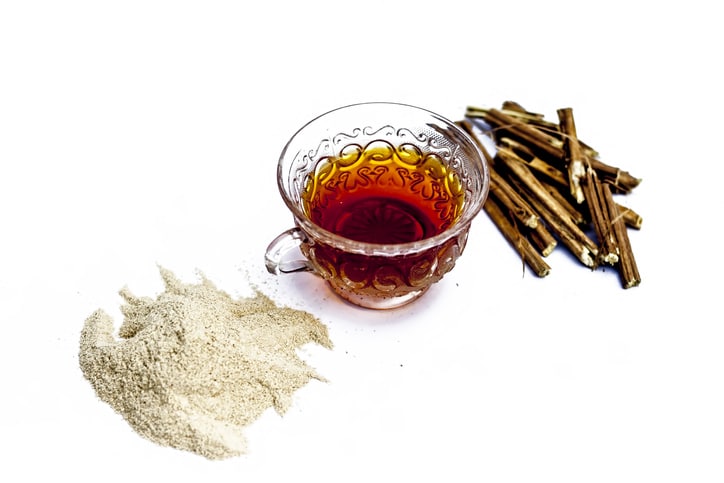 If the past couple of years have sent your stress levels to sky-high levels, you’re not alone.

A national poll found a whopping 63% of Americans say their stress levels are at all-time HIGHS.

And turning on the news these days sure isn’t helping!

While stress is a part of life, it’s important to take steps to limit the impact stress can do to your body and mind.

The answer isn’t turning off your TV, or shutting yourself out from the outside world…

According to research, simple, effective stress reduction just may come in a cup of ‘ancient’ tea.

Soothe Your Stress with Ashwagandha

Ashwagandha is an ancient herb used in Ayurveda –a traditional form of alternative medicine based on Indian principles of natural healing.

Natural healers have been using this ashwagandha for nearly 3,000 years to relieve stress – usually in the form of tea.

Researchers have also found that ashwagandha reduces the activity of the hypothalamic-pituitary-adrenal (HPA) axis –a system in your body that regulates the stress response.

Human studies have found that folks who took 250 or 600 mg of ashwagandha extract for two months had significantly reduced stress and levels of the stress hormone, cortisol, compared to a placebo.

If that doesn’t sound like a soothing cup of tea, I don’t know what is!

I’ve been drinking ashwagandha tea for years, and I like to pair the tea with other healthy ingredients like cinnamon, ginger, and nutmeg. Check out this recipe below: